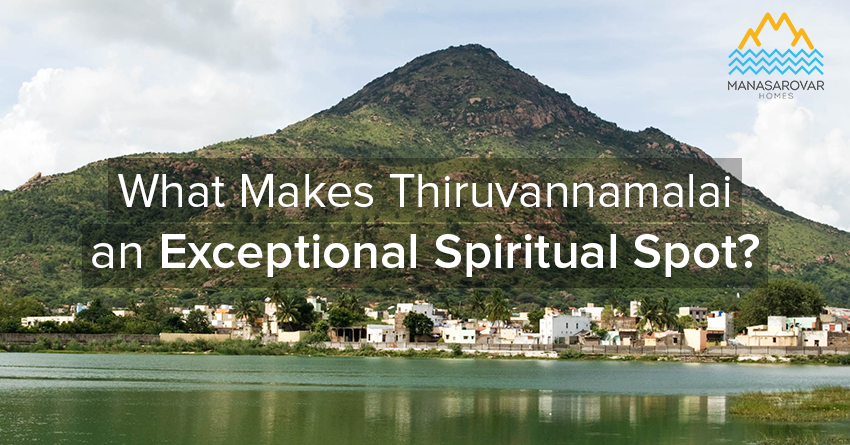 Thiruvannamalai, a famous pilgrim center is located at the base of Annamalai hills. Due to the heavy population of temples, this city is predominantly known as the temple town of South India. Despite the fact that there are numerous temples in this city, the city’s aura is literally built by the Annamalayar temple, which attracts devotees from across the globe.

But why is this city praised by visitors all over the world?

There are thousands of temples all over the world that vary significantly in size, architecture and location. Many people say they feel great calmness and peace upon visiting temple regularly, so what’s the reason behind experiencing divine tranquility?

Be it in the outskirts of a city or on a hilltop, a temple is usually located at a place where the positive energy is available abundantly from the electromagnetic wave distributions of the poles.

The main deity is placed in the core position of the temple called the Garbhagriha, where earth’s magnetic wave is quite strong.

The chanting of prayers and ringing of the bells in the temple, will help people forget their problems for a while.

The fragrance of burning camphor and flowers supplements positive energies from the deity.

Water used for washing the idol is distributed to devotees in the temple. This water again is a main source of magneto-therapy, since the water passed over the deity, which has copper plates arranged beneath it.

When the doors of the temple are opened for Deepaaraadhana, the positive energy gushes out onto the devotees waiting to perform dharshan.

Therefore this is the reason behind as to why our elders suggested us to visit temple regularly.

Secondly, normally when a person meditates, he/ she will enter into Alpha State (9 — 13Hz) and Beta State (13 — 30Hz). But when great saints and scholars meditate they enter into a state of very deep relaxation called the Theta State, during which the waves emitted range in between 4 to 8Hz.

Since many great saints like Swami Arunagiri Nathar and Ramana Maharshi lived and attained Jeeva Samadhi in Tiruvannamalai, their theta waves still emit positive energies for the visitors to the city. Today after thousands of years, since the spiritual energy bestowed by these saints remains intact and alive, people witness several miracles in their premises and ashrams.

So if you are planning your trip to this holy city this season, you can contact Manasarovar Homes for booking your accommodations within your budget.