Why Lord Annamalayar is Worshipped in the Form of a Flame? 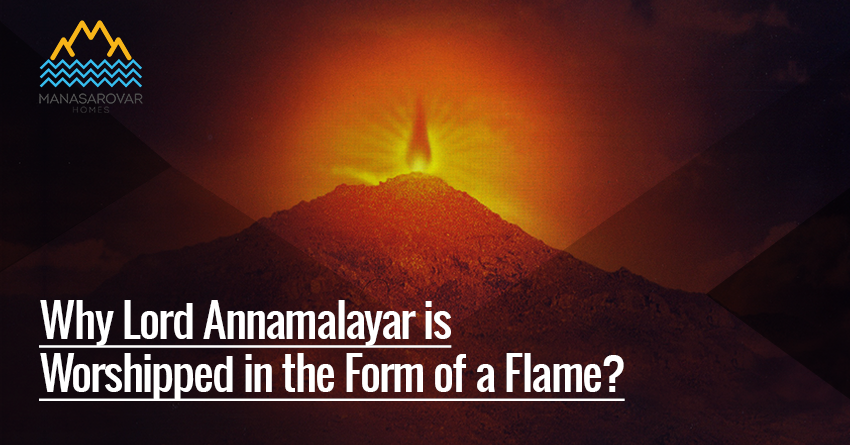 Although there are numerous temples of Lord Shiva across the country of India, the Annamalayar temple in Thiruvannamalai finds a special place for itself as the main deity Lord Shiva is being worshipped in the form of a “flame”. There are many legends associated with the story of why Lord Shiva took the form of a flame and one of the interesting history is listed here

Appeared as a Flame

According to Hindu history, there was an argument for superiority between Lord Brahma and Lord Vishnu. Lord Siva was asked to judge who is greater between the two Lords. Lord Siva agreed to the competition and transformed into Agni Lingam (flame) and challenged both of them to reach the feet and crown of the lingam.

However Lord Siva understood the conspiracy and cursed the flower that it will not be used for prayers, whereas Lord Brahma was cursed that no human on earth will pray for him. Later Lord Brahma and Lord Vishnu requested Lord Siva to cool down from his Agni form. Thus Lord Siva transformed into Siva Lingam.

Accommodations near the Annamalayar Temple

Visiting this temple of such historical significance is definitely a must-do when you are in the south of India. When you are planning a trip to Tiruvannamalai, you should know that the city is hub to several serviced apartments and short stay rentals. One such prime provider of serviced apartmentsService apartment in Tiruvannamalai is Manasarovar Homes. The apartments offered by Manasarovar Homes are fully furnished with best amenities to cater your needs.