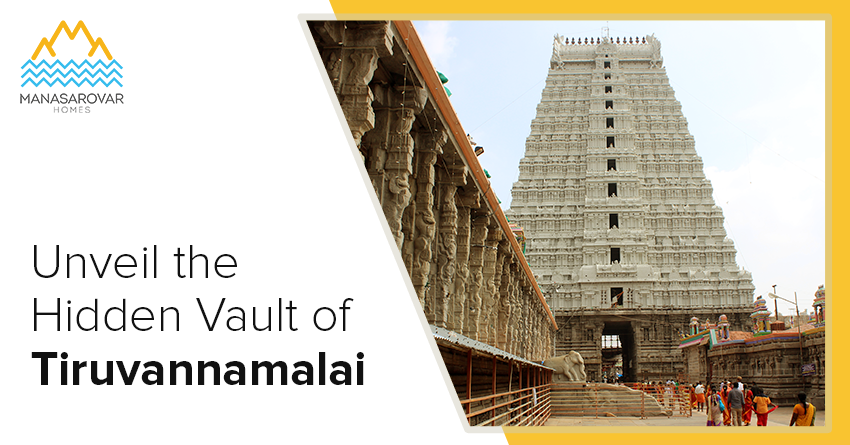 The Tiruvanamalai temple is rich in its cultural heritage. Exploring the temple bit by bit will unleash or unlock so many interesting facts about this temple.

One can witness the artistic excellence of Cholas “Tiruvanamalai Temple”, at the foothills of the Tiruvanamalai range. Tiruvanamalai temple is such a magnificent spot that it would impress tourists no matter where they come from. The Ramana Maharshi Ashram and Yogi Ram Suratkumar Ashram also attract devotees from all over the world. Manasarovar Homes with its Rajalakshmi Serviced Apartments provide the perfect play to stay at Thiruvannamalai to explore hidden vault of the temple and all ashrams around..