Fix your Next Mountaineering Trek to Gingee Fort 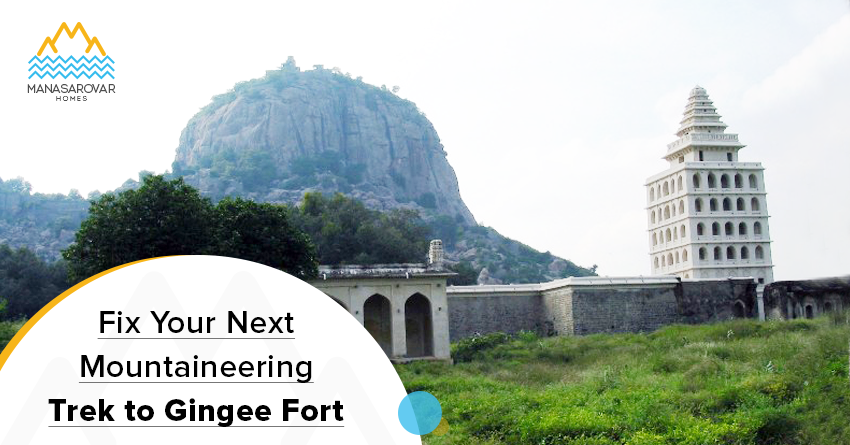 If you’re an adventurous freak, Himalayas or Mount Everest are not the only places to head and satiate your soul. Staying at the southern part of the country, you can also fix your mountaineering destinations to other locations oriented towards the south. There are several great places to do angling and trekking in South India and thus difficult to select the best among them.

One such place is Gingee Fort, situated 160 kilometers from Chennai at Villupuram district of Tamilnadu. The Senji Fort or Gingee fort built by the Chola dynasty during the 9th century is known to be one of the most surviving forts in the country. This fort was named Troy of the East by the British and the most renowned Maratha King, Shivaji ranked it to be most impregnable fortress in the country, since the fort was so fortified.

Architecture of the Fort:

The Gingee fort is structurally built on three hillocks namely, Rajagiri to the west, Chandrayandurg to the southeast and Krishnagiri to the north. The fort has several prison cells, granaries, a temple dedicated to deity, Chenjiamman, a sacred pond and a 7 storeyed marriage hall.

A huge compound wall is constructed around the fort to prevent enemies from entering the premises of the fort. The water was supplied from 3 reservoirs at the bottom of the fort and 2 water sources at the summit. Since the ancient fort is best known for its exquisite architectural excellence, it is currently preserved by Archeological Department of India.

Have an adventurous plan to Gingee Fort? With Manasarovar Homes you can easily find your ideal serviced apartment in Thiruvannamalai, holiday homes and luxury resorts at best prices.